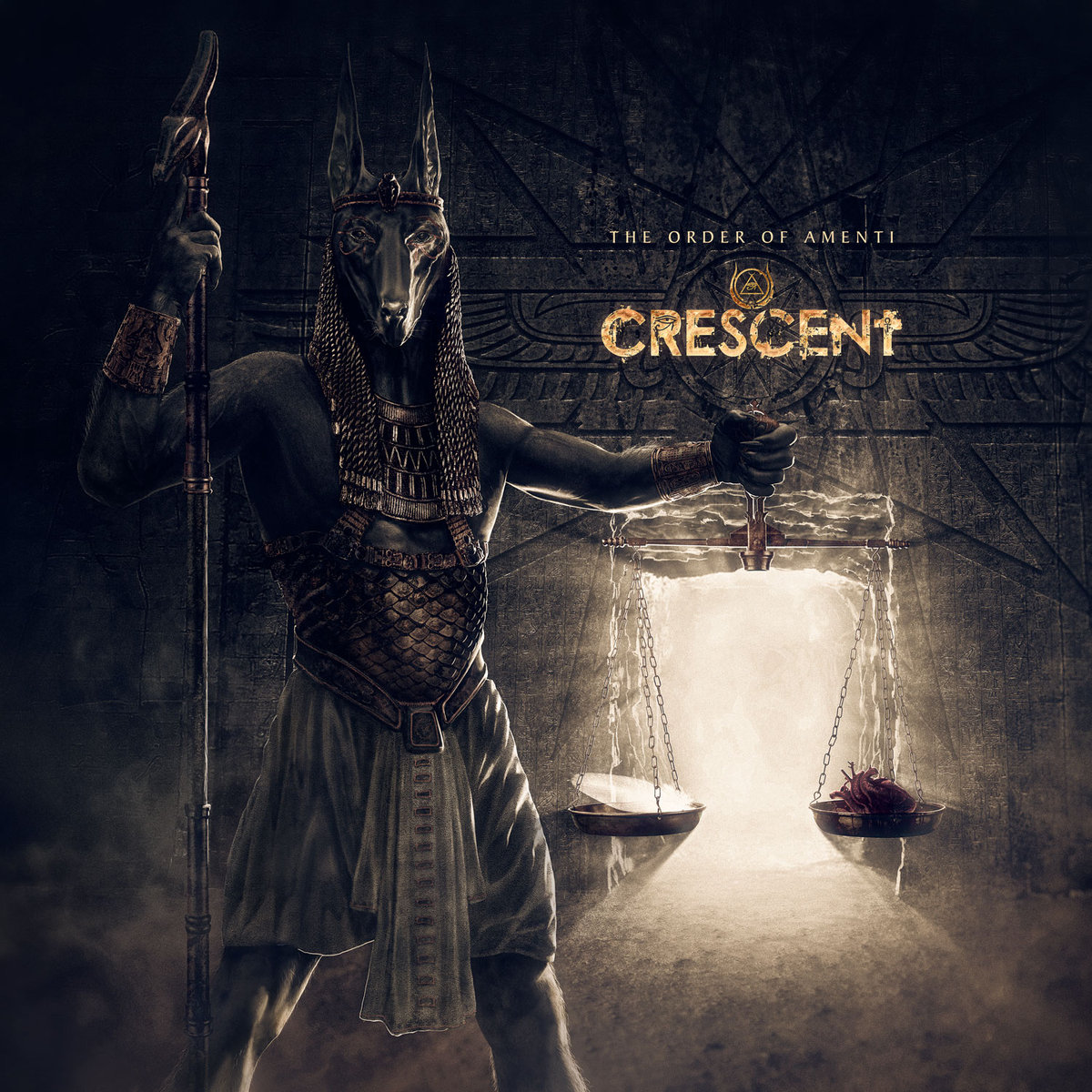 CRESCENT «The Order of Amenti» 88%

Crescent is a Blackened Death Metal band with symphonic elements. They come from Cairo, the capital of Egypt.  Their concept is deeply rooted in Egyptian mythology, for which they often get compared to the American band Nile.   Such comparison is frankly misleading as other than the concept, they have musically nothing to do with Nile.  Crescent follow their own dark road in their approach of the Ancient Egyptian empire.  In all honesty, it all falls in the right place as they actually are from there, adding authenticity to the delivery .  They formed way back in 1999, but only in recent years have they finally unleashed official releases.  This is a review of their second full length album called «The order of Amenti», released earlier this year on French label Listenable records.

What we have here is a very interesting formation that take from different spheres within the Death Metal realm.  They manage to do their own thing while keeping a fairly simple and direct approach.  This is something I actually appreciate and respect, as they are not hiding behind walls of arrangements, effects, keyboards and ambiances.  Those elements are present to a perfect level and do not interfere with the band’s well-crafted Blackened Death Metal.  Musically, they have moments somewhat reminiscent of mid-era Behemoth (think «Demigod» or The Apostasy») and maybe Lost Soul’s «Atlantis: The New Beginning», although not as elaborate or technical.  Soundwise (and this is where it gets interesting), they have a bit of a Swedish Death Metal tone in their guitars and bass.  The drums are aggressive and straight to the point, with a lot of neck-breaking blasts and double-bass parts, but also slower moments adding to the overall mystic complexion.  The drummer is not trying to steal the show, he does exactly what those songs need.  The riffs are usually very catchy.  The guys manage to reproduce a lot of the Egyptian atmospheres through their guitar melodies and riffs, instead of only relying on keyboards and orchestral elements.  The guitar leads are also worth mentioning.  Simply check out the final part of the song «Beyond the Path of Amenti» and you will be convinced on where these guys can take you from a melody and lead playing perspective.  The vocals are of a predominantly low and guttural register, yet significantly clear and comprehensible.  Of course, their non-metal elements are perfectly executed (chants, percussions, horns, etc.) and present in each song but again, properly supporting the songs without being pushed at the forefront like too many bands overdo these days.

There are really no weak moments on the record.  The production is of extremely high standard, which works well for this kind of extreme metal, bringing it to the next level of grandiosity.  Each song consisting of important chapters within the ordeal, the whole record plays well from beginning to end.  This is something that becomes possible through their effective and memorable song writing approach, as let’s face it: it is sometimes challenging to sit through overly brutal and technical Death Metal albums from beginning to end without losing interest.  These guys are nowhere near falling into that trap, thanks to main songwriter Ismaeel Attallah (vocals and lead guitars) who appears to have chosen the path of clever and intelligent writing instead of simply trying to show off.

The album cover is superb and fits the mood completely, with artwork (courtesy of Polish artist Michal «Xaay» Loranc) representing Anubis, god of embalming and keeper of the dead.  The CD booklet is appropriately filled with hieroglyphs and symbols, perfectly capturing the mood of the voyage, along with the band posing with a pyramid displayed in the background.

We highly recommend this album, not only for fans of previously mentioned bands (Behemoth and Lost Soul) but also Belphegor, Septic Flesh, Rotting Christ and Ade, while throwing a certain dose of massive Swedish Death Metal into the mix, giving it a unique taste.  Well done! 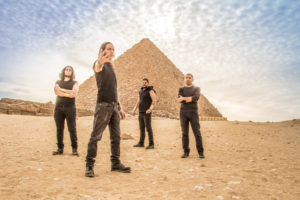 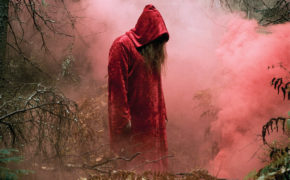