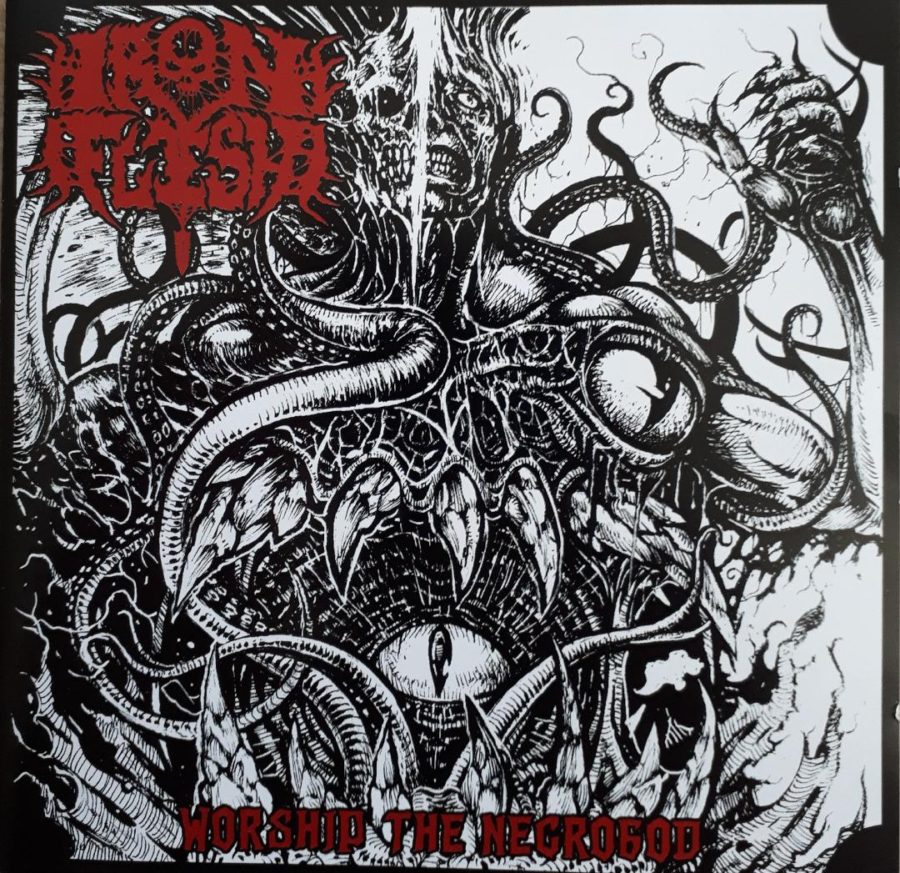 What we have here is a strong self-produced debut EP from the French Death Metal project Iron Flesh, entitled «Worship the Necrogod».  Despite the band being active on the live front, this offering consists of a one-man affair, courtesy of Julien Helwin showing a proficient handling of all instruments.  This should appeal to fans of old school Death Metal, with a nice dose of melody and catchiness, with perfect levels of clarity and rawness in the production.

The first noticeable element upon listening to «Worship the Necrogod» is the Swedish Death Metal influence, but an interesting aspect is that it combines both the old Stockholm and Gothenburg approaches within those five songs, still with some gloomy elements (although not as prominent) of old US Death Metal.  While playing it safe within those influences, this remains a very effective attack considering this is the band’s first release.  The lead guitar parts are also worth mentioning and add emotional touches here and there.

The first song «Psychological Enslavement» starts with some nice mid-paced melodies, very easy to get into, before things go a bit more crazy and aggressive towards the end of the song.  Great way to unleash the beast.  The second track «Prophetic Mass Murdering» is generally faster, although the band stays away from blast beats and instead opt for effective brutal mid-tempos throughout the ordeal, which works perfectly well.  This song also contains its share of epic melodic fast riffs.

The superb third track is called «Condemned to Submission».  Here we get some clean guitar parts and some very well-executed slow riffs.  The title really sets the tone of the song, and it is amazing!  Julien also delivers an amazing echoing vocal performance on this one, with even some multi-layered effects.   To make it an absolute complete strike, they finish things off with a very powerful fast part, an amazing explosion with mesmerizing riffs.  My favorite song of this release!

Following track four «In Blood, Flesh and Fire» which is faster and sort of in the same vein as track two, the final track of the onslaught is called «Soul Devour».   It is a massive slow and menacing march to war!!  It feels both sad and grandiose at the same time.  Overall, a doomier atmosphere on this one, a very nice way to put an end to such a cavernous voyage.

What the future holds for this project should be interesting.   We can only hope that Julien opens the door to an official permanent line-up and that the band gets picked up by a label capable of properly supporting them and bringing them to the next level.  A nice offering, with great dosage of mid-tempo brutality and melodic epicness.  Do yourself a favor, check out their bandcamp, support and keep an eye on Iron Flesh! 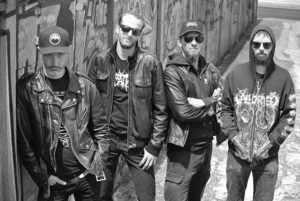