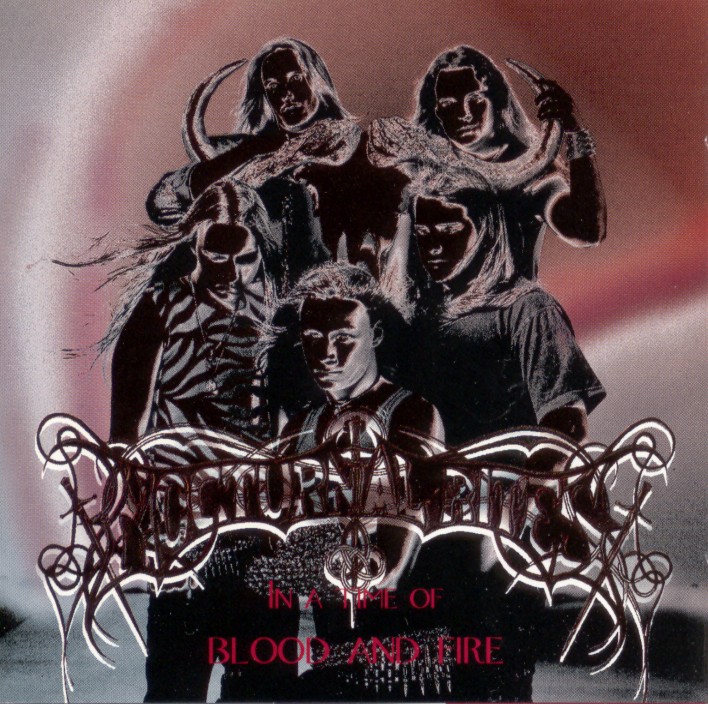 Nocturnal Rites – In a Time of Blood and Fire – Album Review

Before I start the review, I was torn between doing a review of this debut album, or the second album, Tales of Mystery and Imagination, which I actually find to be a better album, but since that was released in 1998, there was already a slight resurgence of traditional heavy/power metal, so I chose to focus on the debut for some era specific reasons. Nocturnal Rites should not be judged by the band they are today. Check your judgement of the Nocturnal Rites at the door as you continue to read this review, as we’re talking about the original lineup, with the original singer Anders Zackrisson, formerly of the great Gotham City.

Rewind back to 1995. Sure you had some cool heavy metal albums from Trouble, Gamma Ray, Virgin Steele and Cathedral, but let’s not candy-coat it, heavy metal was generally on life support. Bands like Smashing Pumpkins, Oasis and Silverchair were the big thing. No disrespect to any of those bands, but it’s not really what we want to hear as traditional metalheads. Sabbath put out their worst album that year, Maiden put out Virtual XI (love it or hate it), Ozzy put out the very weak Ozzmosis, and Dokken had the disappointing Dysfunctional. Here’s where Nocturnal Rites comes in. Originally starting as a death metal band believe it or not, these Swedes came totally out of left field with their debut album, In a Time of Blood and Fire. With huge influences of Maiden and Helloween, these guys are the unwritten Heroes of reviving the young European traditional/power metal genre; a title that is usually bestowed upon Hammerfall, who’s debut didn’t come out until 1997. In a Time of Blood and Fire is heavy duty on the melodies, double guitar and the absolutely fantastic unique vocals of Anders Zackrisson. Being such a unique singer, he has one of those voices that you love or you hate. To be fair, he is not technically a great singer, but he sings with passion and conviction, and in my book, that counts for more than someone who can just belt it out. There’s no 80s production to be found here, it’s clean and definitely 90s. One could say it’s a little bit light, and I can’t disagree, but at the same time that’s what contributes to the magic of this album. It doesn’t even sound that heavy, but the musicianship and songwriting is of such high caliber that you don’t need heavy-duty production or over-the-top polishing to make it shine. These guys were hungry, and they knew exactly what they were doing.

The opening track, Sword of Steel, let’s you know right away what you’re in for: harmonious and tasteful melodies over tight and solid European speedy traditional heavy metal. Enter Zackrisson, a totally unique vocalist in the sense that he’s not imitating anyone whatsoever. He just sings the way he knows how to do it, love it or hate it. We’re not talking about established bands like Running Wild or Grave Digger here: Nocturnal Rites was young and inexperienced, yet they totally nailed that sound before it was popular, and before the symphonic elements were added to the genre. Tracks like In a Time of Blood and Fire, Dawnspell, Winds of Death, and my personal favorite on the album, Rest in Peace, solidified these guys as pioneers of the new wave of European heavy/power metal.

As stated above, despite enjoying the follow-up album slightly more, this debut album to me is criminally overlooked as a genre defying album. The original CD release on Megarock records is quite hard to find, and get ready to pay a pretty penny for it as well. Aside from the Japanese release version in the same year, it has never been reissued on CD, only seeing the light of day again as a limited vinyl release in 2014 on Night of the Vinyl Dead Records. These days Nocturnal Rites functions as a standard europop power metal band, but their roots can never be denied or forgotten in my opinion. 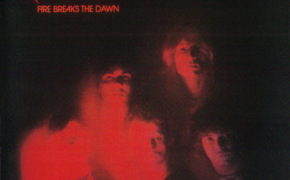 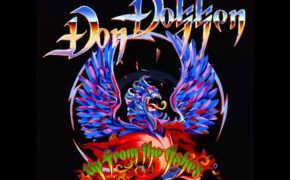 Don Dokken – Up from the Ashes – Album Review 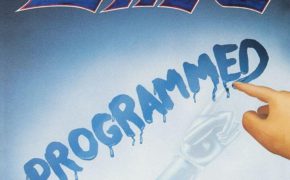