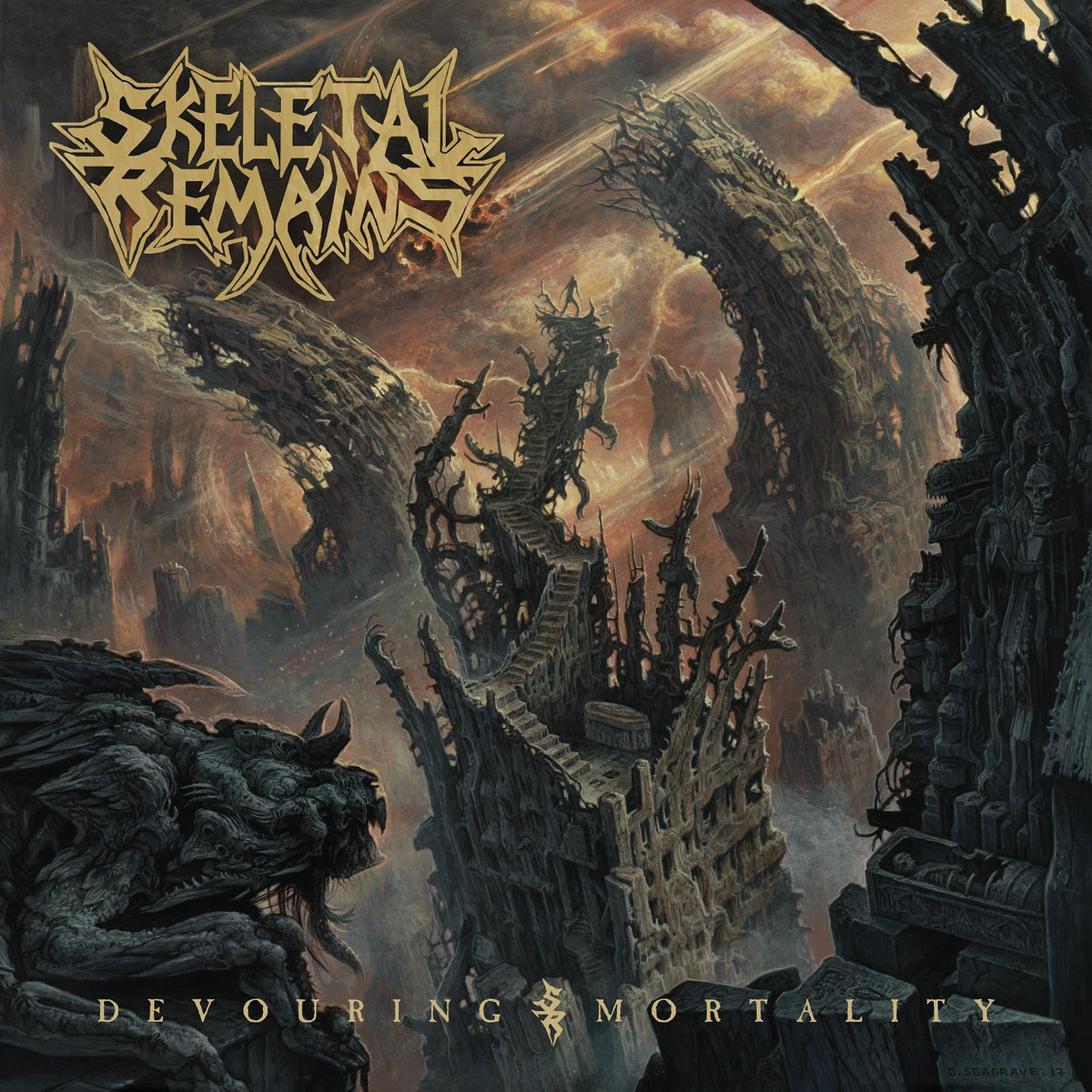 What we have here is the third album from the American Death Metal band Skeletal Remains. A third album is quite often an important step for a band and in the case of this new offering «Devouring Mortality», we see things all coming into place for this fairly recent Californian project. Following a solid first effort «Beyond the Flesh», it is really on their second assault «Condemned to Misery» that the band showed what they were capable of. A true masterpiece of modern old school Death Metal.

They really took their time with this third release and it shows. Everything that they did best on the previous album is still present, and taken to the next level. For those unfamiliar with the Skeletal Remains formula, they play old school Death Metal influenced by Pestilence («Testimony of the Ancients» era), Death («Spiritual Healing/Human» era) as well as bands from the classic early 90s Florida scene. They have a lot of catchiness, with every riff and lead part fulfilling its purpose. The production is of high quality, this time showcasing the talents of mastermind Dan Swanö who mixed and mastered the record (the album was recorded in California and then shipped to Unisound Studio for Swanö to add his magical touch). This really works well for the band as their musical abilities benefit a lot from a clear and massive, yet organic and not overly processed production. This is what worked back in the Scott Burns, Florida Death Metal heyday and it is perfected here.

Almost every single Skeletal Remains review I came across makes the comparison between vocalist Chris Monroy (also handling guitar duties) and the legendary Martin Van Drunen, and I’m willing to bet that Chris does not mind this as such approach (and homage) is probably what he is going for (I would also say it contains hints of Chuck Schuldiner and John Tardy). I personally love it when newer bands fully capture the spirit of old classics and it is clear that Skeletal Remains are performing the Death Metal they probably grew up on and praised, and they do it better than most!!! It is all about the hooks and great riffs. But one important aspect is the quality of the lead guitar playing. They use tones that are somewhat reminiscent of James Murphy’s genius classic works, with again, some Chuck Schuldiner thrown in there. How can this be anything but amazing? The bass is well executed and properly mixed, while the drums are to the perfect crushing level. Technical enough, but not doing too much as the approach is all about creating memorable, well-paced mid-tempo passages (with some slower moments here and there, or even a few carefully chosen blast beat outbursts).

The album artwork is absolutely stunning, courtesy of none other than Dan Seagrave! Really, the guys were probably going for the all-around homage to old school Death Metal so nothing was to be left to chance! Dan Seagrave is a great and logical choice for this. The digipak version also contains a nicely put cover of Cancer’s «Hung, Drawn and Quartered», very suiting under the circumstances.

With the band now getting the exposure and distribution they fully deserve (Dark Descend Records and Century Media), the future looks bright for Skeletal Remains. «Devouring Mortality» is a stunning piece of work and does exactly what you want it to do. On a personal note, I am absolutely stoked that the band is confirmed for the Quebec Deathfest that is being held in Montreal next October. To all attendees: make sure to put these guys at the top of your «must-see» list for the event! 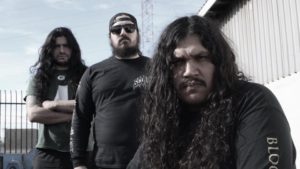