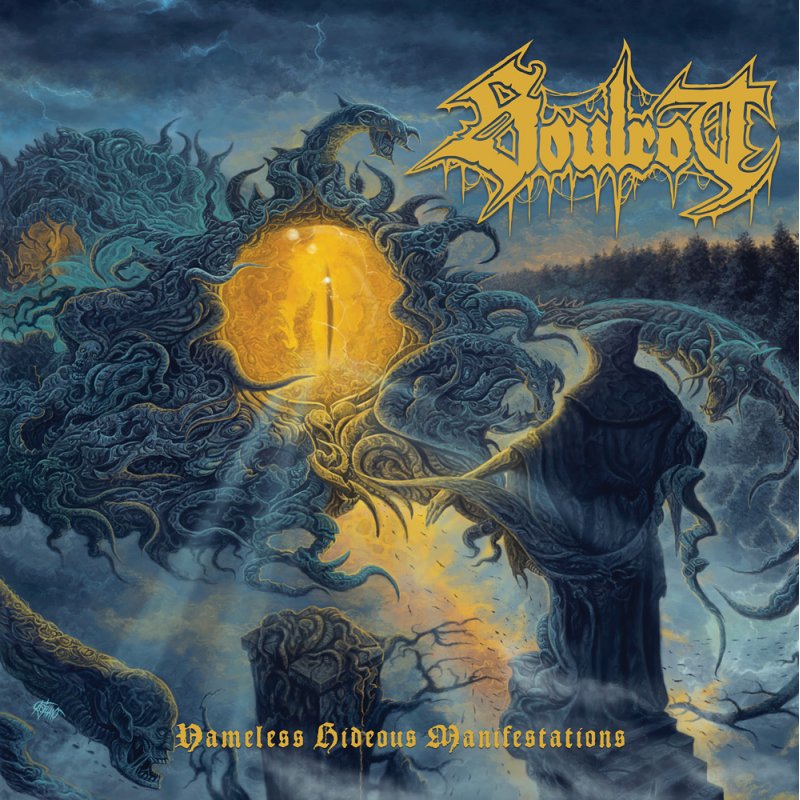 When 2017 came to an end, we here at Hellblazermetal.com posted our top 25 favorite Metal releases for the year.  We also had our contributor Chris Wheeler send us his selections and he submitted an amazing top 20 list worth checking out (look it up in our «Best of» section).  Going through his list, I was intrigued by an unfamiliar entry: Soulrot «Nameless Hideous Manifestations».  Good band name, interesting album title, I decided to check these guys out.  My first impression from looking at the amazing old-school artwork and band logo was a strongly positive one.  I figured I was in for a treat of old school Death Metal, and boy was I not disappointed!!!  Although the overall sound is immediately reminiscent of the classic Swedish Death Metal era, the band actually comes from Chile.  South American bands are usually torchbearers of the old ways when it comes to Death and Thrash Metal, so it is no surprise that this band gets the job done without trying to re-invent the wheel.  They give us exactly what we want, this record is an absolute neck breaking delight!!

Following a nice intro which consists of thundering drums with a menacing bestial growl in the background, the second track of the ordeal (first actual song) is called «Those Who Dwell in the Abyss».  From the very first moments, we know what we are in for.  That massive sound bulldozes everything in its path.  It is such a nice thing for extreme Metal that the Stockholm Death Metal sound has been alive and well over the last few years, with a whole new generation of bands (Entrails, Demonical, Interment, Smothered, etc.) mastering it, not forgetting that some of the old guard is still going strong.  Although from lands far from the north, newcomers Soulrot join the fold in convincing fashion!

Back to the album, a track-by-track review is not of necessity, but worth mentioning moments are the amazing opening screams on tracks 6 and 9  («This Putrid Canvas» and «Blackstone»).  Absolutely mind-blowing and soul-crushing!  The guitar riffs (strong focus on rhythm guitars, with very few leads) are catchy and dark, but what comes forth as my favorite aspect of this offering is the drum work.  From intricate drum rolls and fills to blast beats or simple yet catchy patterns, drummer Daniel Fredes delivers a flawless performance.  The actual drum sound is also worth pointing out.  It is very organic with one particularly interesting detail being that we can clearly hear both kick drum and snare drum with no loss of intensity during the blasting moments, all that without the typically processed sound that could have killed that record.  Hats off to the band and production crew on that!   As for the vocals, they are in the lower register, positively similar to what Karl Willetts has been doing in later-era Bolt Thrower or with his new project Memoriam, but with a little bit more gruesomeness added to the mix.  Very well done and effective.  The bass is well balanced into the mix.  It steps in at the front here and there, especially in songs «Infertile Anti-Womb» and «This Putrid Canvas» or during the last moments of final song «Transfigured Through the Void» , a very effective and much welcomed slow passage to end it all, leaving nothing but a stench of putrefaction behind.

Altogether, this album will satisfy any fan of old school Death Metal (especially those craving the Swedish ways).  We can predict a very promising future for this new band, and we can only hope they will continue in the same direction for their next offering.  Check them out on the awesome underground label Memento Mori (CD printed at 1000 copies).  Also made available on LP through Floga Records (printed at 500 copies).  Do not miss out on this amazing slab of old school Death Metal! 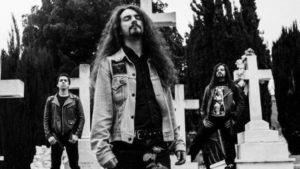