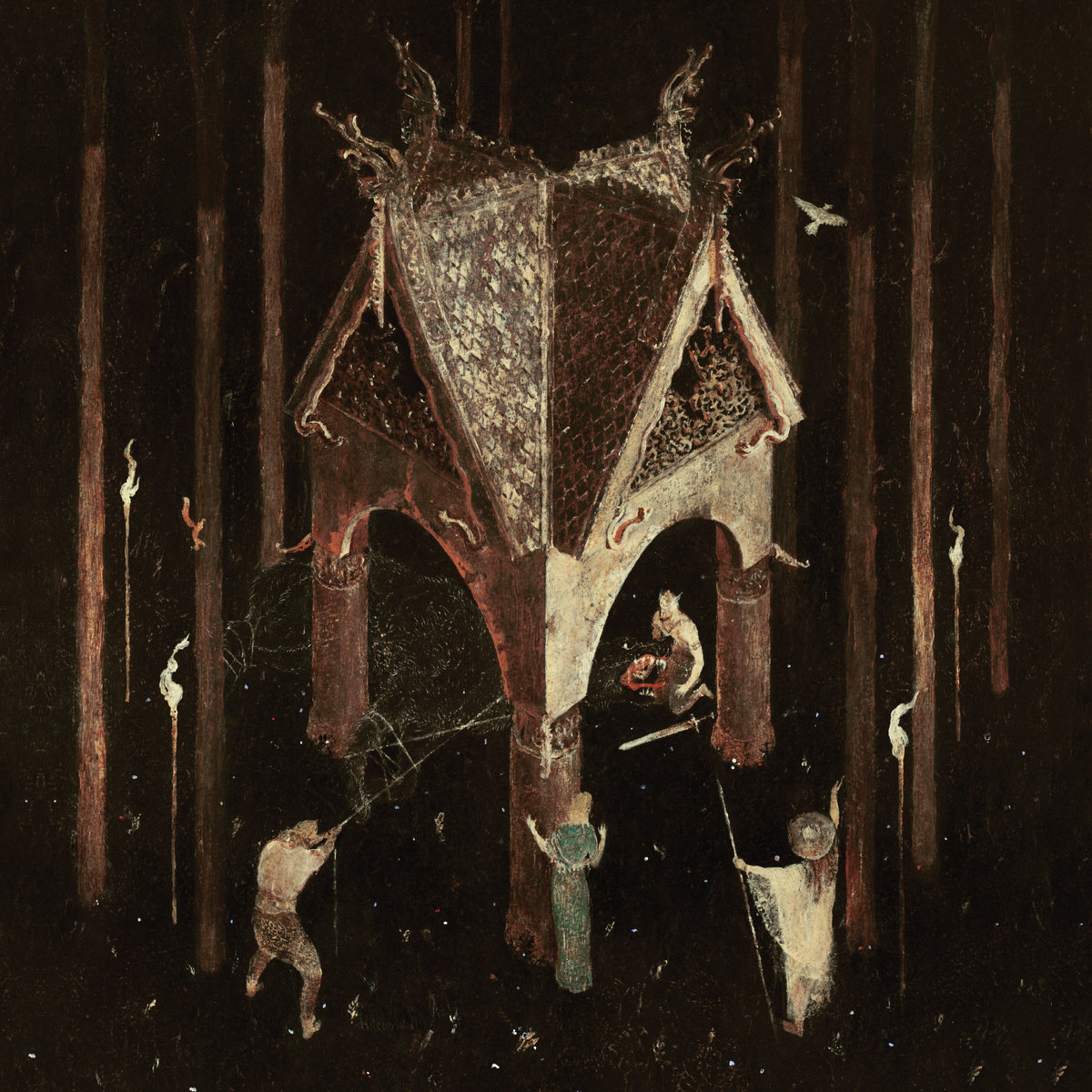 It has been years since U.S. brothers, Aaron and Nathan Weaver have unleashed some truly harrowing Black Metal in “Celestial Lineage” back in 2011. Some may argue that with 2014’s, “Celestite”, the band fumbled the ball somewhat (44% on Metal-Archives.com) but since have nicely recovered in this year’s astonishing, “Thrice Wolven.” Emotive, yet jarring, WITTR display a confidence in experimentation and continue to soar to new heights of excellence.

“Born from the Serpent’s Eye” kicks things off with delicate strings that slowly give way to a melodic tremolo storm that washes over the listener with ease. Bleak and beautiful the band juxtapose the right amount with enough filth and bile to satisfy even the most hardened of hearts and do so with an “angelic” choir that adds a brief respite to the chaos. From there, WITTR introduce a spoken word intro on “The Old Ones Are With Us” courtesy of Steve Von Till (of NEUROSIS fame) that eventually leads into an ebb and flow of more depressive grit that will surely have heads swaying back and forth until the song draws to a close with dramatic keys.

Final cut, “Fires Roar in the Palace of the Moon” combines the grotesque with the sublime which is heard throughout the album to great effect for example. Calmer passages of pensive tranquility break the barrage of blast beats and tremolo fury ultimately release the listener into a state of bliss with ocean waves heard crashing upon the shore. If those who had written Wolves in the Throne Room off as having “fallen from grace,” think again! Wonderful.
Standout Tracks: “Born From the Serpent’s Eye”, “The Old Ones Are With Us”, “Angrboda”